My Fitness Journey: Strong is My New Skinny 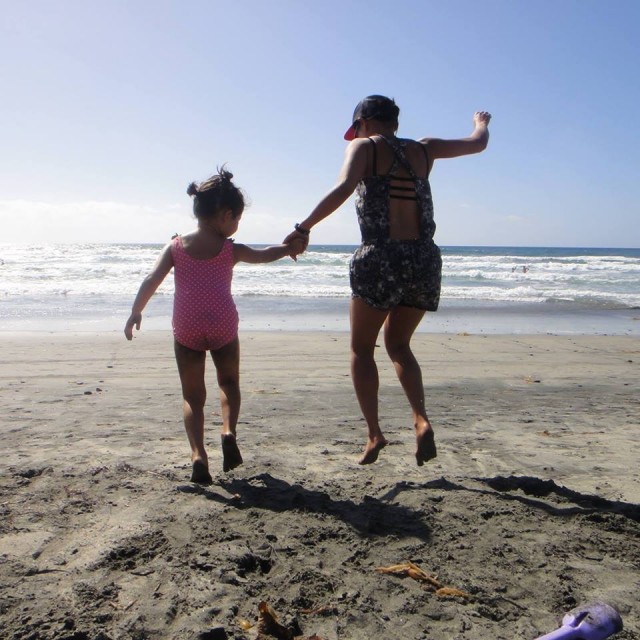 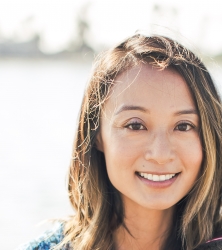 Some of the best memories from childhood include shooting hoops on the driveway and running on the local high school track with my father and two older brothers.   I loved the jolt of energy that took over my body, and the thrill of making a free throw or beating one of my big brothers to the finish line.  I felt empowered by pushing myself physically and the sense of pride that came with a win.  In retrospect, I’m certain that my brothers (who eventually became star cross country and track runners) let me beat them, but I still like to believe that my scrawny legs fueled by a will of steel,  allowed me to outrun them.   I started dancing very early on as well, and pretty quickly, dance became an all-out passion. I found power in being able to precisely control the muscles in my body, and lived through the freedom of expression that I found when I was able to move a certain way.  Through dance and chasing my father and brothers early on, I was engrained with the need to  stay active and with the desire to continuously test my physical limits.

When I moved to New York post college and began working on Wall Street, I remember feeling like my identity had been stripped of me and that I had to somehow piece together a tougher version of myself who could survive and succeed in such a fast paced, stressful environment.  I needed control over some facet of my life, and one of the easiest thing that I could take the reins of was my weight. My 20’s became a game of extremes. To counter my long work hours behind a computer and in meetings, I would find my release in high-impact classes at the gym (boot camp, kick boxing, step), long runs in Central Park, and through late night practices and performances with my dance group.  Yes, exercise provided the stress relief that I needed, but something else began to happen…I started viewing being skinny as the means to happiness. Being thin became a sign of inner strength and control that I longed for: counting calories (in and out), limiting fats (both good and bad fats), and constantly weighing myself became an unhealthy obsession; gaining a couple pounds would lead me to cut my calories and up the intensity or length of my workouts at the gym. It was an unhealthy, ongoing fixation that created a love/hate relationship with food and the perception of my body.

It wasn’t until my husband and I decided to leave behind the stressors of our NYC lives behind, and moved  to Southern California that things changed.  We wanted to finally see what this work/life balance “thing” was all about, and were nearing the stage in our lives where we wanted to start a family.  When I first became pregnant with my daughter, something clicked in me – perhaps it was the hormones or the excitement of starting this next chapter – but for the first time since my childhood, I felt confident in my own skin and marveled at what my body could do rather than obsess over what it looked like.  Ironically, as my hips widened and my belly grew rounder, I was able to let go of the need for perfection in my appearance and focused less on my weight.  My definition of eating healthy changed.  I was no longer reaching for low cal, low fat, often processed options, with the mentality of staying hungry to stay thin; instead, I started reaching for more nourishing, wholesome foods for fuel that made me feel good inside and out.  I  continued exercising throughout my pregnancy, not to combat the calories I took in or to control my weight, but ultimately to be a healthy and strong environment for my baby-to-be.   Sure enough, strong had become the new skinny in my eyes.

Being a mother has continued to positively mold my perception of food and fitness over the last several years.  I am able to give myself more grace.   When I do decide to indulge in some of my vices (bacon, fried chicken or pizza, oh my!), I no longer dwell in feelings of guilt and self-shaming.  I know I eat well most of the time, so when it’s time to order brunch, that side of bacon that brings me so much joy is something I’ve earned and will savor.   A tough love, drill sergeant mentality still pushes me through my kickboxing, barre or pilates workouts on the days I am able to find time to fit in a workout.  What’s changed is what’s driving me: it’s not the need to negate my calories consumed and to have the thinnest thighs, it’s the rediscovery of the thrill and satisfaction of healthy competition and the goal of becoming a stronger and faster version of myself, much like those early days chasing my brothers around the track.

RELATED
Chat with Lauryn Evarts of The Skinny Confidential
20

One thought on “My Fitness Journey: Strong is My New Skinny”