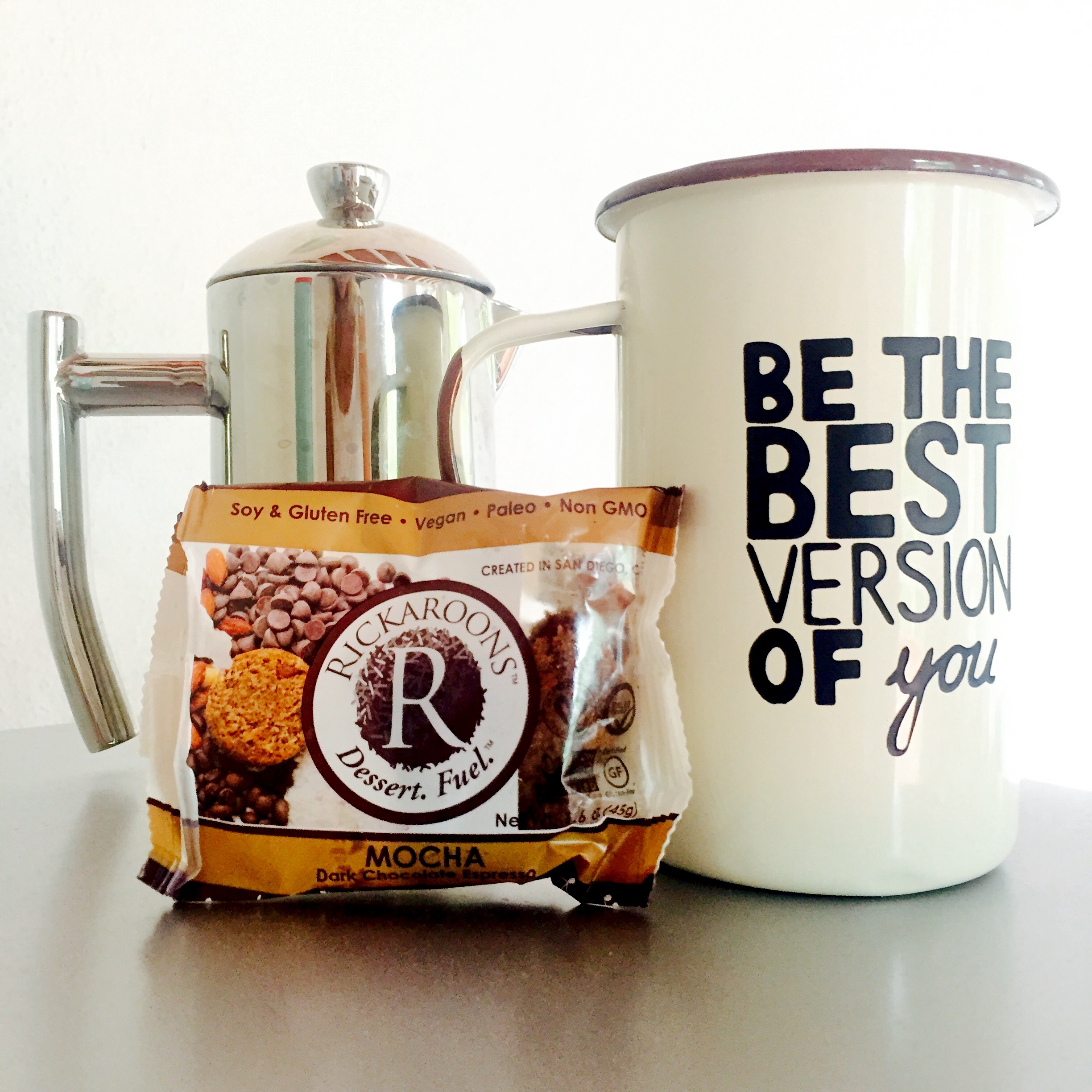 Latest posts by Tizzy (see all)

We are so excited to bring Rickaroons to the simplyWORKOUT community! Rickaroons are a San Diego-based “dessert fuel” company making gluten-free, vegan, organic, soy-free, and Paleo-friendly cookies for athletes and health nuts with a serious sweet tooth. We got to connect with Grant LeBeau, co-founder and son of the company’s namesake, Rick, and talk all things Rickaroons.

What is the origin story of Rickaroons? 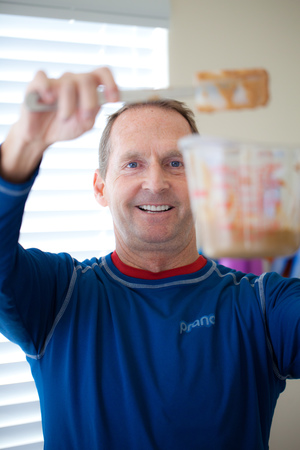 My dad, Rick is the baker. The recipe has been evolving over about 25 years, I would say. He’s been a vegan athlete or a vegetarian athlete on-again, off-again forever and he has always been super strict about what he puts in his body. He’s always been a really competitive athlete, and he’s always had a bit of a sweet tooth. So basically those conditions over the years led him to cook in a lot, and when he couldn’t find anything on the shelf to both fulfill his sweet tooth and power his workouts with his high dietary standards, he started creating his own chocolate chip cookies.

He dated a woman who had MS and at one point she said, ‘if you love me you’ll make me a chocolate chip cookie that I can eat.’ So he did. This was in the early 2000s and her doctors were a bit ahead of the gluten free curve and they told her to go gluten free. So he substituted whole wheat flour with spelt flour and eventually no flour, and that’s how we evolved into the coconut and almond butter combination that we currently have.

How has the company grown?

We started at the farmers’ markets and that was almost exactly three year ago — it was Father’s Day 2013. My dad has been in the natural food business for about 30 years. My goal was always, always to have my own company. So when I went to school I got a degree in entrepreneurship, I worked at another startup, and then I was ready to transition to another job and my dad was getting really positive feedback

He works out at the pool every day; I call it his “Cheers” because it’s where everybody knows his name. He was giving them away and people were buying zip-lock bags full of them from him at the pool. While I had my other job, I built a very rudimentary website where people had to email us that they wanted something, we would then email them an invoice, they would pay it and we would manually enter everything into USPS… it was the worst. But luckily, we improved. We started at farmer’s markets with terribly, simple packaging, and then we went from clear packaging to clear packaging with a sticker on it. Then we went from clear packaging with a sticker on it to eventually turning it into a real professional company. It was always the goal but we decided at one point to really make it a real thing and now it’s just taking off. We’re concentrated in San Diego and we live in San Diego so all of the cafes and coffee shops around our house have Rickaroons. Now we’re starting to grow more and more outside of San Diego. We’re up in the Bay Area, up and down the California coast, and then we’re in Colorado.

RELATED
6 Ways to Spice Up Your Avocado Toast

My favorite? I am all about the “Mint to Be” right now. I’ve been on a serious mint kick lately. The “Chocolate Blonde” is our best seller by far.

We call Rickaroons “dessert fuel.” So it’s like an energy bar and dessert all in one. People ask us when to eat Rickaroons. The answer is obviously 24/7! Breakfast, lunch, snack and dinner.That is our jam.